As you will all know, the staff at Scuttlebuttscorner appear to think they are untouchable, above the Law even, you might say.

But sadly for them, they obviously don’t realise that a lot of Laws have now changed throughout the World regarding Harassment online.

Just what is the Legal definition of Harassment?

There have been a number of attempts by experts and legislators to define cyberstalking. It is generally understood to be the use of the Internet or other electronic means to stalk or harass an individual, a group, or an organization.[1] Cyberstalking is a form of cyberbullying, and the terms are often used interchangeably in the media. Both may include false accusations, defamation, slander and libel. Cyberstalking may also include monitoring, identity theft, threats, vandalism, solicitation for sex, or gathering information that may be used to threaten or harass. Cyberstalking is often accompanied by real-time or offline stalking.[2] Both forms of stalking may be criminal offenses.[3]

You can’t argue against slander, as that is only for verbal accusations, so it would be Libel. But what they have done, and still do on a daily basis, is make false accusations ie everybody they have named as being Paedophiles in their posts. Or any other accusation they have made in writing that are not proven.

Defamation is another case a lot of people will successfully be able to claim damages for. You have to remember, every time they publish an incorrect article about you, it will stay online forever, even if they shut their site down.

So this could potentially cost you your job (or future jobs) relationship problems, and personal alarm and distress. All can be claimed for in any Civil Court case, or even Criminal in some cases.

And lets not forget their favourite daily activity…the pornographic Photoshops they make of several people.

* A Case Recently Regarding A Woman and her Daughter in Canada: 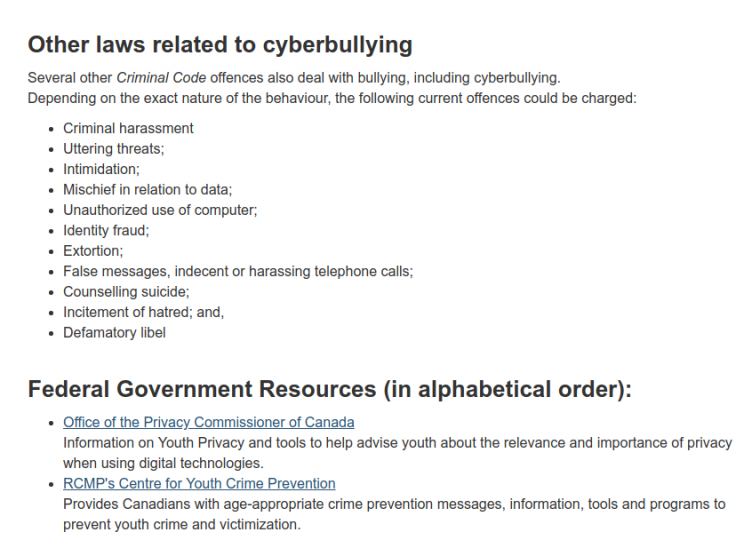 They don’t even have to send you the Photoshopped image, just by posting it on their site, they are breaking several Laws.

So how do i seek Legal remedy you are probably asking?

Well, to win any Court case, you always have to remain in honour. So to do so, you need to follow the correct procedures.

First of all, before any claims can be made, you have to prove you have exhausted all other avenues to settle the dispute.

So the first thing you will need to do, is contact the registered owner of Scuttlebuttscorner.com and inform them that you require the offending material about you to be removed from their site.

You can do this by going HERE and filling out the online form at the top. 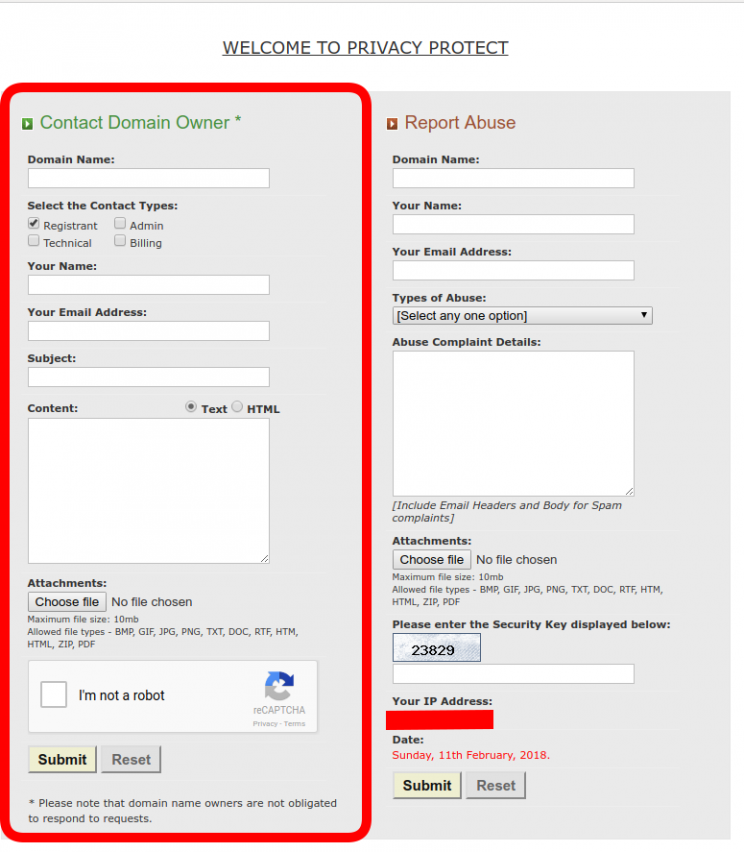 ** It’s Vital That You Take Screencaps Of Your Complaint To Both The Owner of Scuttlebutts and Privacy Protect and keep all Paper Trails.

Make sure you have the Registrant box ticked and then fill in your name, email and the subject that you are contacting them about.

You can type the info in the content box, or you could just give a quick ‘ i require you to remove the following content as provided in the attachments from your website within 48 hours or i shall be left with no other option that to take Legal action’

And then upload screenshots of everything you wish to be removed.

If they don’t remove all the documents you require to be removed, then they are now officially in dishonour, and it’s 99% certain that you will win any damages/court fees against them.

Also, if they fail to comply, then you need to contact the Privacy Protect team by filling in the form on the right hand side this time.

Now, on this one, i would advise you to fill in the abuse complaint details very thoroughly, as this will help their Legal team realise that action needs to be taken.

As stated on their ToS, Privacy Protect will take a look at your complaint, and as you will see, they will most likely give you the full details of the person who is the registered owner of the site: 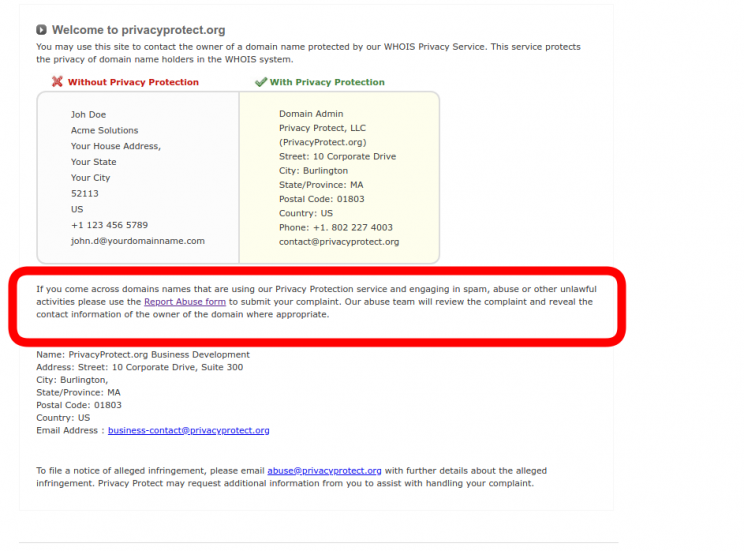 Be sure to explain to them that you have tried to settle the dispute peacefully with the Registrant, but have had no satisfying response, so you are left with no other option than to contact them, and then the Police once you know the name and address of the said Registrant.

I will leave this as it is for now, but should you get no joy from either party, please feel free to contact us on the email listed at the top of the this website for further help.