This is also verified here: https://www.nwemail.co.uk/news/barrow/16432098.barrow-man-avoids-prison-after-downloading-22-indecent-images-of-children/

This bloke is so insane, he even threatened us with section 127 of the Communications Act 2003, as shown below: 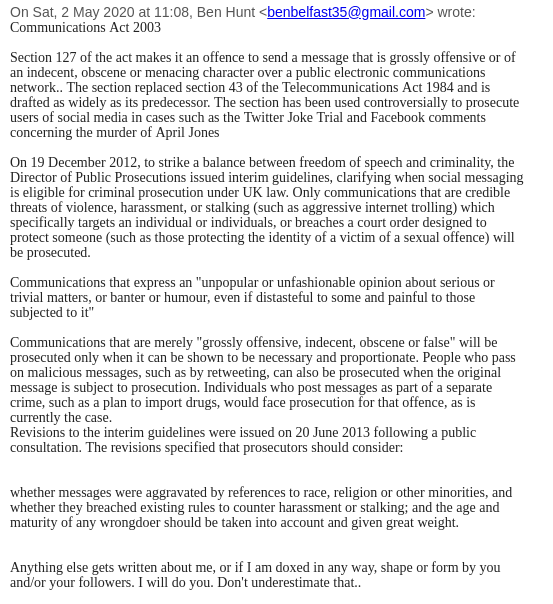 He obviously does not understand Regulations. According to this guy, every media outlet that has ever reported on people like Jimmy Savile, Rolf Harris, Stuart Hall etc, has breached the Communications Act 2003.

But it’s not just us he likes to report on. Oh no, this fella is determined he’s going to bring every criminal down in the world, even when they haven’t actually, committed a crime.

Here he is harassing some innocent woman on Facebook: 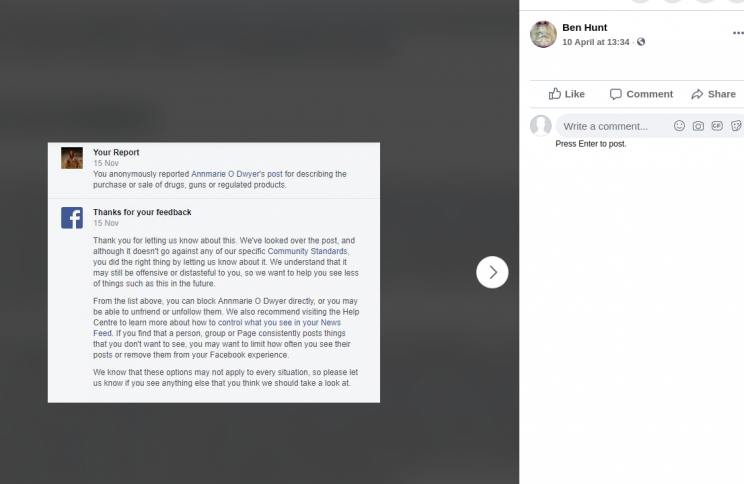 He reported the woman for selling drugs. Shall we take a look at what she was actually selling? 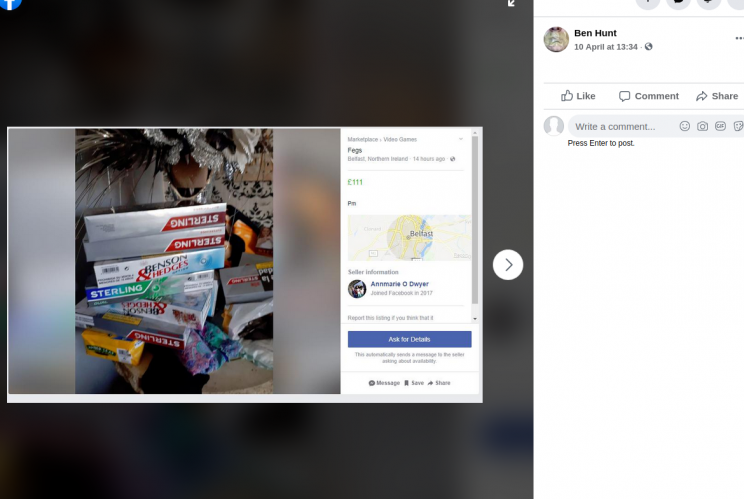 That’s right, cigarettes. Now do you see how bat shit crazy this guy is?

So, just who is Ben Hunter? Why did he not take up my challenge of a bet that he won’t take this site down? I was more than willing to let him name his price, for any charity he wished, but for some reason, he refused. Maybe because he has no money?

Here is his ‘earnings’ from being out for three hours delivering food: 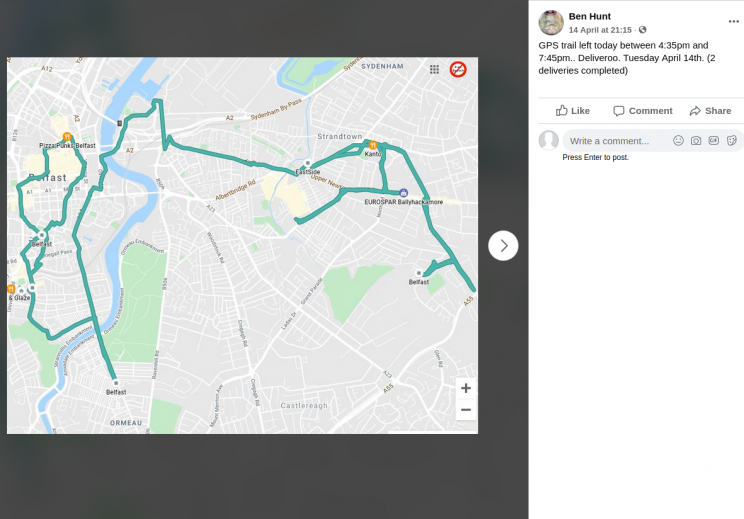 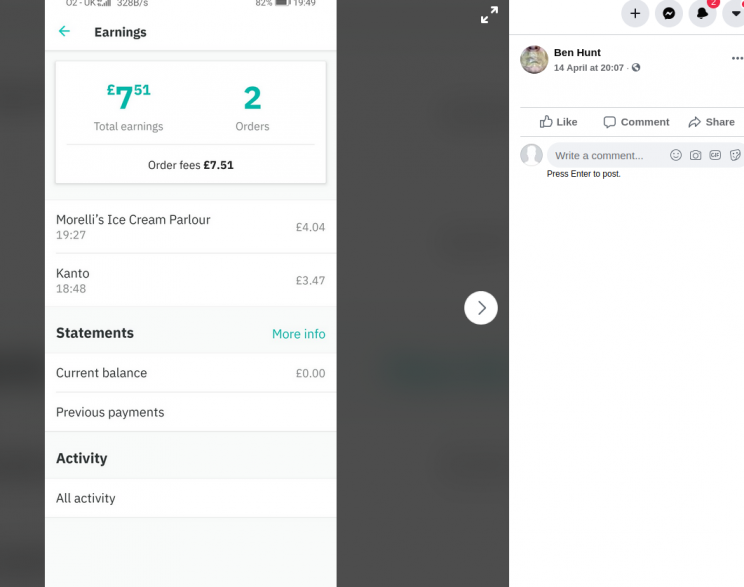 But it gets even better. Not only is he some lunatic who thinks he’s saving the world from people selling cigarettes and exposing Paedophiles, he’s also racist: 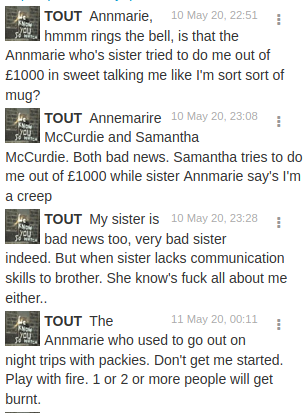 Oh, i did i mention he likes to provoke sectarian tensions:

HERE is the link to that video.

And just to show how easy it is to let these morons dig their own grave, here he is, doxxing himself. The first image is the one i posted in the chat. Note the street on the bins: 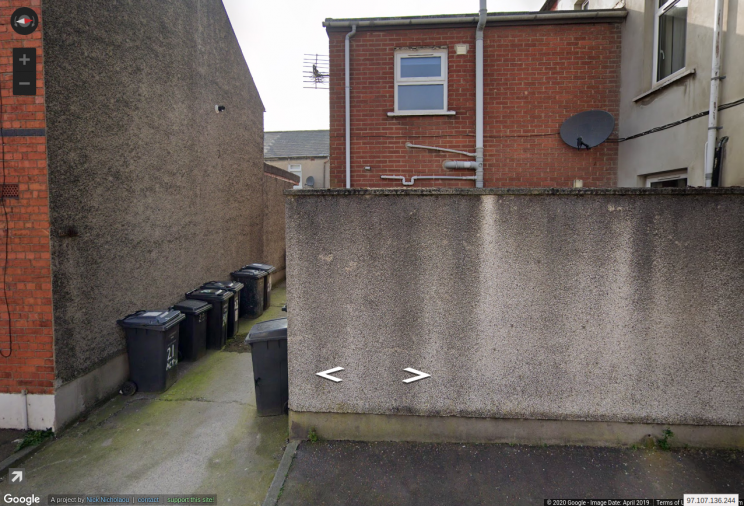 Then Ben, being Ben, denies he lives there, and posts his address lol. 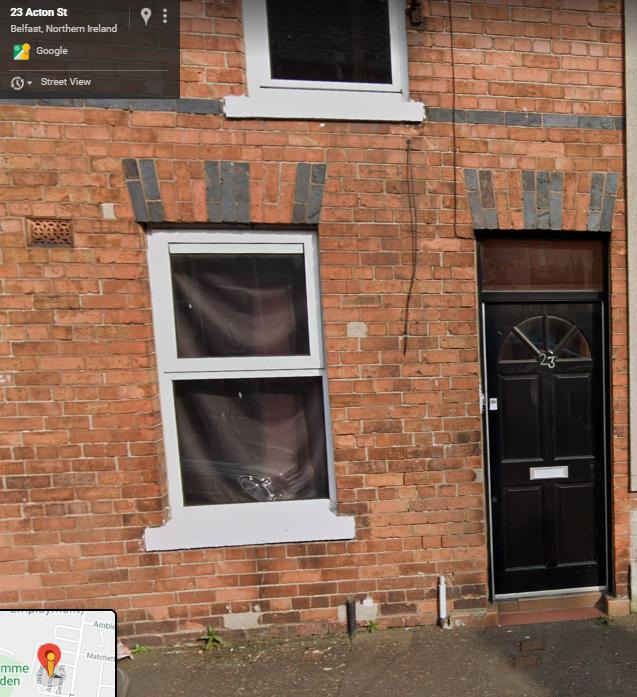 So all i had to do, was post a picture of his alleyway with the name of the street on it, and just like that, the silly sod went and full doxxed himself, while i just sat back and smoked a cigar.

Now in all fairness, i don’t have any reason to believe at this stage, that he is a nasty person. Totally deluded, yes, but nasty, no.

Although that being said, the fact he openly admitted people see him as a “creep” is making wonder if there is more to this man than i originally thought?

But for now, just enjoy his eccentric ways. His threats of Legislation that he doesn’t understand, and feel sorry for all the Police and MP’s that he continues to harass in the faintest hope he will shut this place down. 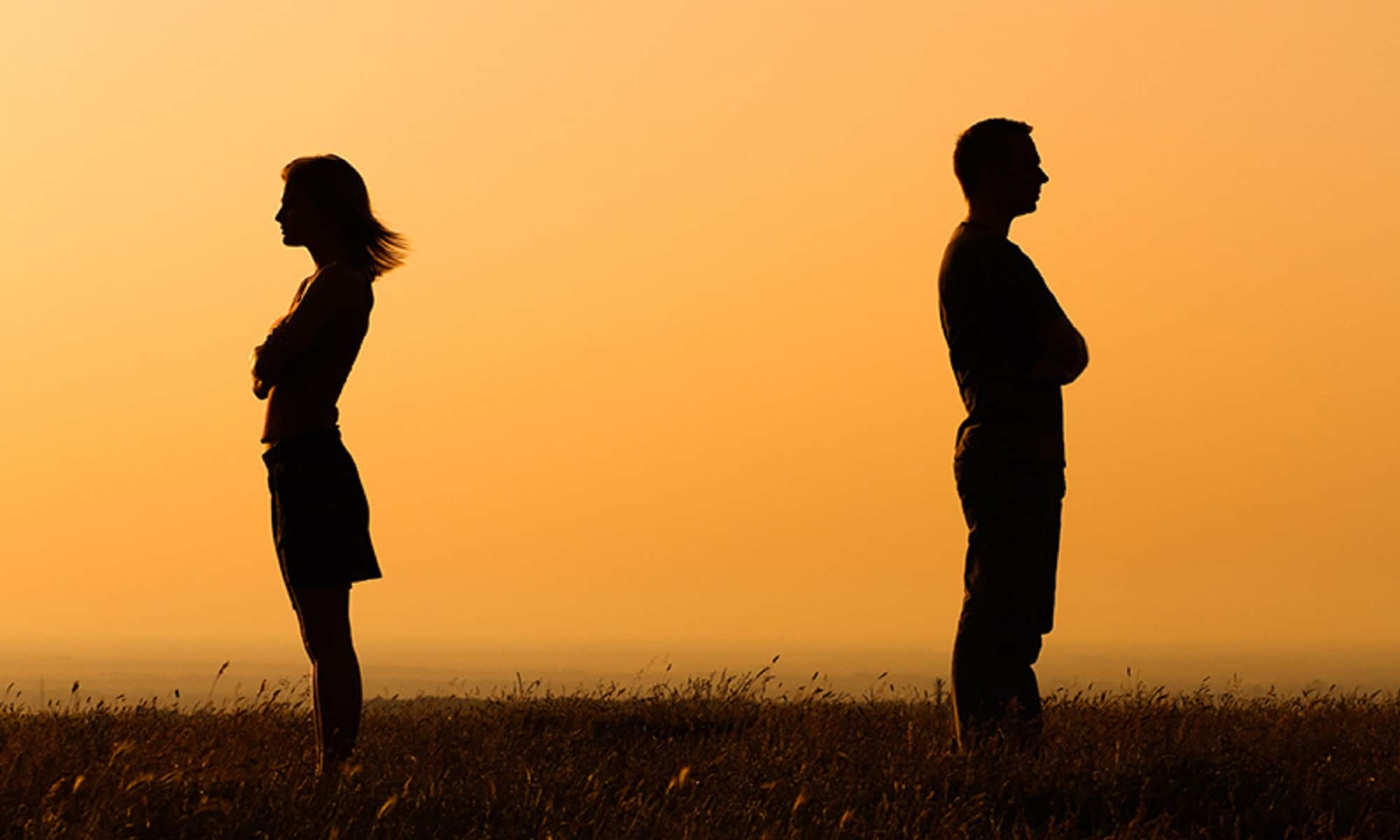