I don’t think anyone’s lost friends as quick as the UK Invasion lads since Freddie Mercury revealed he had AIDS. Now even Scotty74 has discovered what oddballs they are and kicked them to the kerb:

This won’t go down well with Shezza, he used to say he cried and couldn’t sleep just because Scotty was speaking to Soultrain, being banned will push the fragile little thing over the edge….oh well: 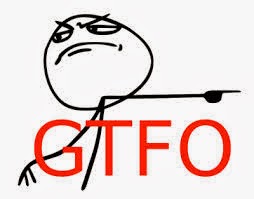