Work must be quiet at the moment for the dancing disco diva, otherwise known as Shez. He’s spent all night in the LSD cast, mainly perving over Val. The strange thing is, has anyone actually seen CaliVal, or just going off her profile picture’s?

Anyway, he got well and truly pwned as usual, check these lol: 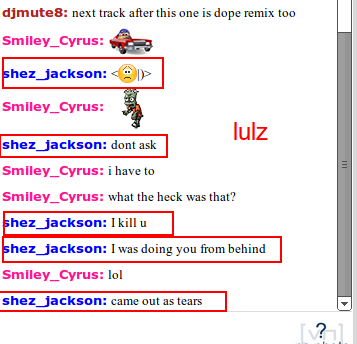 Shezzy boy tries to do Val from behind, then want’s to kill her, then realised he fooked up again. Is it just me who’s looking at that and thinking where did that ‘ i kill you’ bit come from? Don’t think he’s had his meds yet, so we’ll excuse him that one.

This though was pure comedy delight hehe: 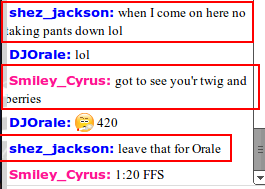 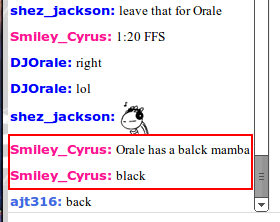 CaliVal basically saying Shezzy got a twig dick and DJOrale has a monster cock, hmmm, wonder how long it will be before she’s banned lol.

One Thought to “Shez Want’s To Do CaliVal, CaliVal Want’s Black Mumba”