Our favourite VaughnLive Borefest from the pits in the North East of England, Thomas, otherwise known as Enemy_within finally loses the plot with Vaughn, it’s Staff, casters and viewers after realising that SexyChrisWhile get’s 4 times as many viewers as his political, conspiracy laden and general outright bizarre cast gets 🙂 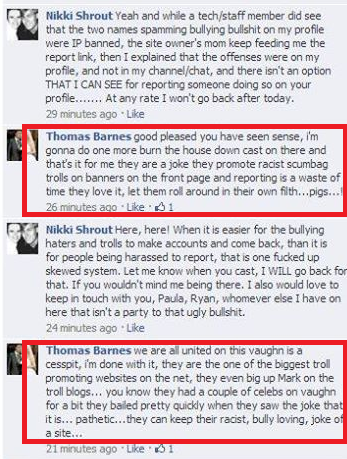 He vow’s never to return to the ‘cesspit’ that is Vaughn according to him, then 2 weeks later, casts again… all these guy’s have some sort of mental issues i swear.

I think he is confusing Freestyleradio1 and Shez_Jackson with what most people call Celebrities….get him his meds quick 🙂