Just when you think the lunatics at the Asylum can’t become more pathetic, along comes fat Daniel (Monkeysniffer) and produces what’s probably the most embarrassing post of all time.

You see, according to Daniel, IP has been naughty with some poor, innocent, kittens.

Only, there’s one slight problem: 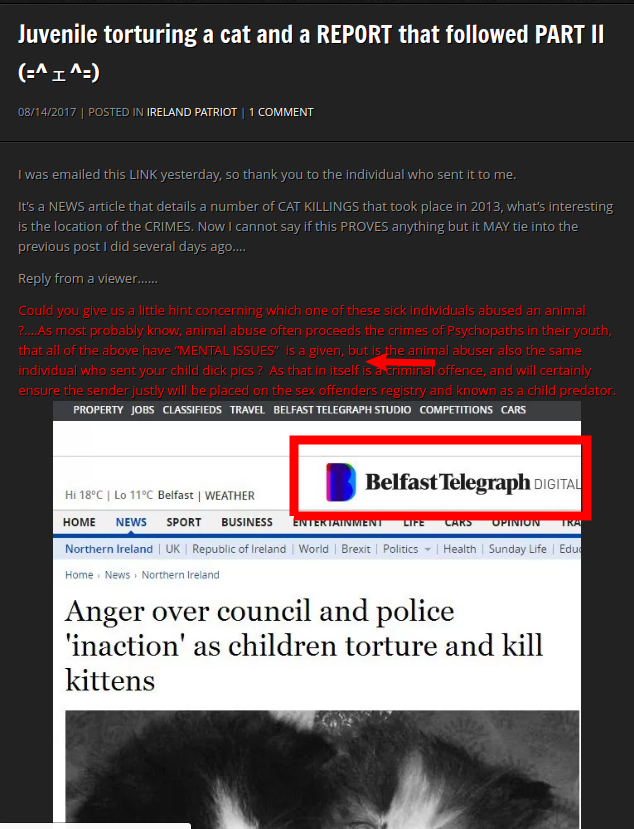 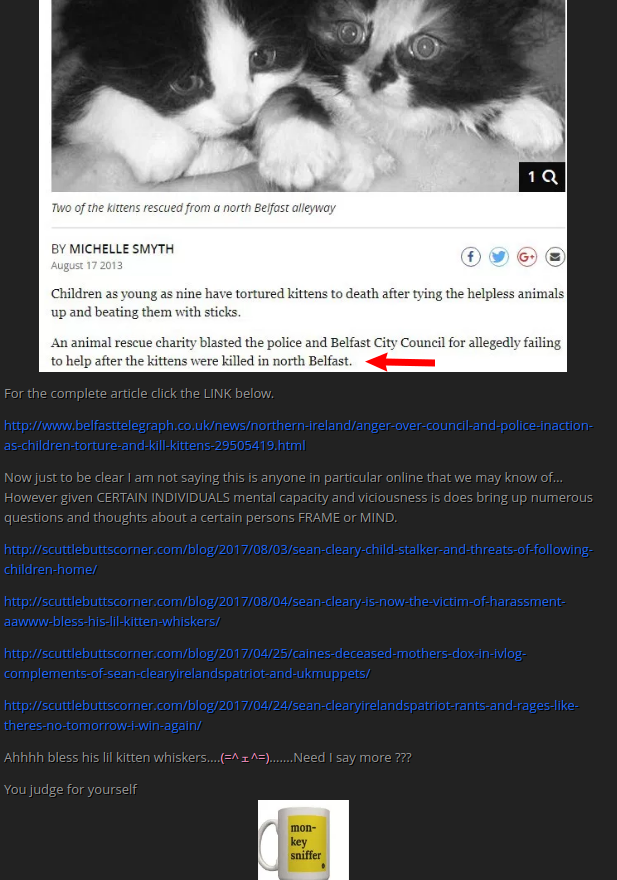 It’s well known that Daniel is the laziest blogger ever, but you would think that before he posts some random make believe post, he would at least get the Country right.

IP lives in Carlow, which is in Eire. Belfast is in the North of Ireland, and part of the UK. 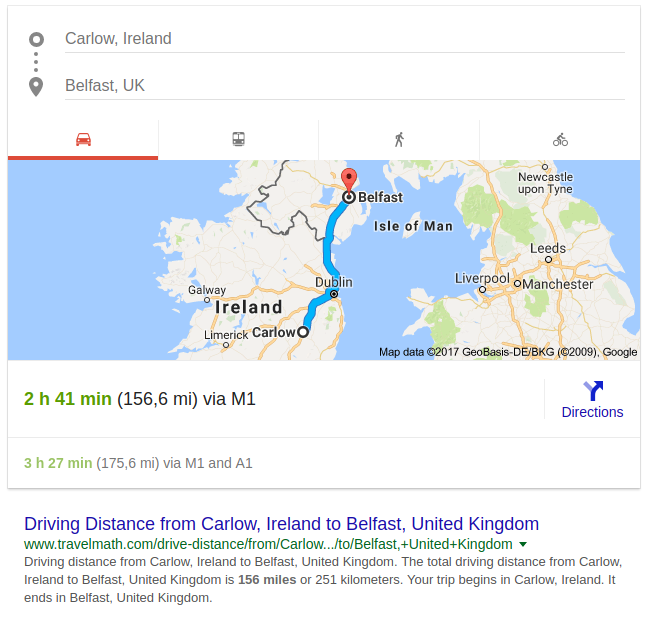 As you can see, there’s only 156 miles between them. So maybe IP did the evil deed while he nipped out to pick up some cans?

Or, perhaps the poor kittens were stopping him from sleeping at night, with their gentle purring?

Or, more realistically, this is the post of a blog that is on it’s knees, and are now just making up the most absurd nonsense you will ever read.

What next, Karl Davies accused of shooting rabbits in Poland?

But it’s not just Daniel who seems to have given up on trying to save what’s left of Scuttlebuttscorner. The latest ‘week in review’ from Lardo has about as much enthusiasm as a person living on Death Row.

No Pope hat, no outfit, no news….just reading out the posts that have already been posted.

Is Lardo admitting nobody can be arsed to read their drivel now? Or does he think the posts are so riveting, you need to read them twice?

They have been in decline for a while now, and some of their stories and accusations have been bizarre, but this is just hilarious.

Keep up the good work lads, while Social casting is dead at the moment, it’s good that they are least providing the laughs until some new casters come along.