In 2018, a Stella guzzling commando was banned from Vaughnlive for a crime he did commit. This man promptly escaped from a third world website in Camup to the Tennessee underground. Today, still banned from Camup, he survives as a soldier of the Vaughnsoft empire. If you have a problem, if no one else can help, and if you can find him…maybe you can hire the Acidmax team.

Not one to keep his thoughts to himself, Jimbo was the latest in a long line to give their honest opinion of the blogs.

Just to prove we are not biased, we start the first video with him launching one of his usual rants at this place, me in particular lol.

Then he really starts to tell us how he feels about Scuttlebutts, Mr’s Roper, especially.

Apart from him mistaking Ropers location with Daniels, i think it’s fair to say he was pretty accurate with his views.

So now Jimmy’s on a single mission to go after the loonies, what odds would you give that Rizzo is their next obsession?

Will Jimbob beat IP and Scruffy to the top of Scuttlebutts post count?

You wouldn’t bet against it would you?

But what made me laugh, was when Jimmy told the story of Lardo doing a Chris While… 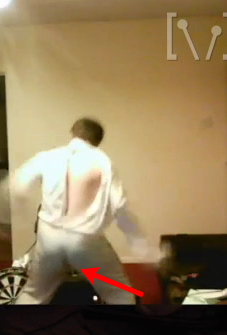 And now that Lardo knows Jimmy is coming after them, i predict more sh*t stained panties in the Lardner household.

3 Thoughts to “Rizzo: I’m Coming For You Scuttlebuttscorner”