You may have noticed Shez_Jackson hasn’t been casting himself lately, although he’s always in the other’s casts using various usernames, well this is down to his so called ‘new job’…chuckle 🙂

Remember on his first comeback cast when Freestyleradio1 was with him, he was waving a few notes about, claiming it to be thousands of pounds cash and that he was now working and doing shifts, hence his casts not being regular.

Now anyone who know’s him, know’s that he was waiting for a compensation claim from his last employer. What the claim was for i’m not sure, but i know he said he was gonna stop casting for a while because he didn’t want his ability to cast and dance around all night to affect his claim.

Anyway, i personally think that’s where this cash has come from, but he insist’s he’s now working as he explains here: 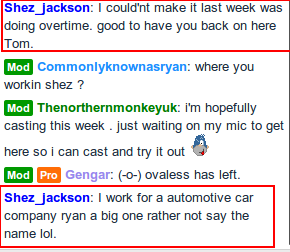 So, we now know he works shifts, does a lot of overtime and he works for a BIG automotive car company…one that he would rather not mention by the way 😉

Yet he’s always got the time to be in everyone’s casts? I suspect that the only overtime this dude’s doing is filling in another one of these: 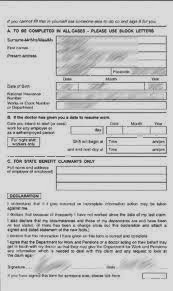