I will anyway 🙂  Ryan’s got this thing in his head about not letting any guests, or anyone else for that matter, in his cast, unless they are on his friends list.
For the life of me, i can’t think why, i mean:

1 – He doesn’t speak during his cast.
2 – He doesn’t appear on webcam
3 – It’s basically just a jukebox with back to back music.

So just what he’s so paranoid about, heaven knows. But now he’s mithering Mark from Uvlog to fix this feature ASAP.

But the strange thing is, he’s bought into the bullshit that comes from Cr3am, that Ivlog is safe and secure ( even though it’s been hacked twice in the last 2 weeks) and that you can have a fully functioning friends only audience.

Hmm, strange that, he claims it works like a dream. Ok, can you please explain how i was sat there recording Dicks cast on Ivlog, you know, the one i’ve taken and uploaded snippets from on here, when:

If you remember correctly Ryan, Dick was booting the guests as soon as they appeared, but there are no gaps in my video. Ivlog is so poorly coded, there is at least 2 methods of watching someone’s cast without needing an account, or even logging in as a guest. There is probably several ways, but the two i have found work perfectly, so not bothered searching for any others.
The good thing about it is, the caster doesn’t even know you’re there, you can stay as long as you want.

Hope you have a nice day 😉 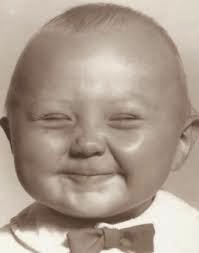