Everyone who knows me, know’s that when i troll, it’s not nasty name calling trolling, just little sarcastic remarks thrown in here and there. But even being nice gets you banned when Shez, Dicky and Val are about: 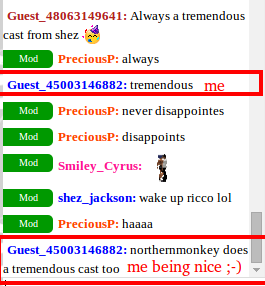 See, here i am, saying that Shez’ cast was tremendous and how Dicky does a tremendous cast too. But such is the paranoia in the camp, that anyone other that Tom praising them, starts the alarm bells ringing. as you’ll see below with Val 🙂 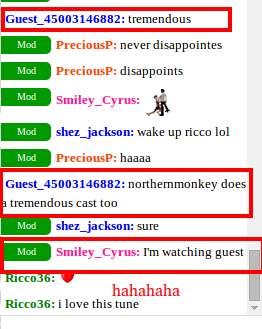 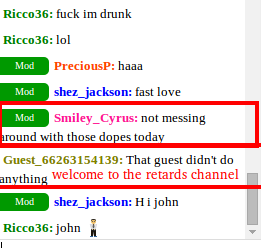 Hahaha, love it. Somebody praises Dick and Val is ready with the ban hammer lol. Anyway, lets see what happens when somebody (cough) reminds CKA Ryan that he’s usually at Uvlog these days 😉 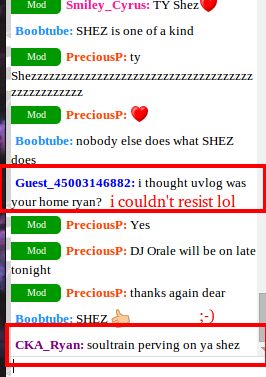 After Val had already sussed i was there, fuckwit Ryan still didn’t get on to it till i posted that 🙂 Watch how quick he flies into a rage, just at the thought that i’m there, watching. 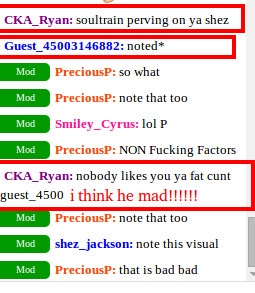 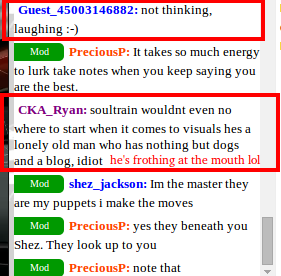 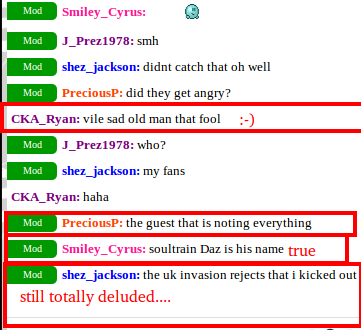 Why didn’t i get into blogging about these idiots earlier, i was literally in tears laughing at them all getting worked up because i said ‘noted’ lol. Alas, i knew it wasn’t going to be long before the pain become too much for them and the ban hammer was already swinging, but poor old Ryan, just couldn’t resist making a fool of himself one more time before it all ended. 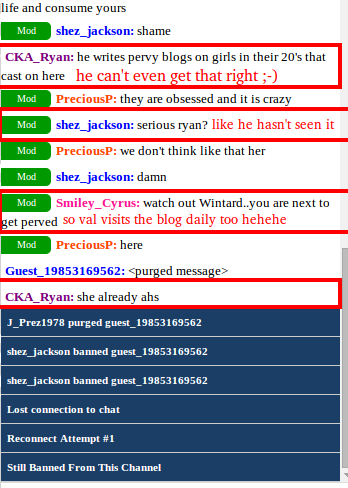 So he comes to the blog, as he does about 7-8 times a day, reads the Happy Birthday Wintard post, then totally forgets what he’s read and claims she’s in her twenties, when it quite clearly says in the video, the write up and even the labels, that it’s her 19th birthday.

Well done Ryan, you never fail to make us laugh 🙂