Even the guy’s over at Uvlog have now realised what a an utter bellend Ryan Carr (CKA Ryan) is. Even though he spends more time promoting Just-Cast now, he nearly had an orgasm when Mark trolled him into thinking the new Uvlog was online. 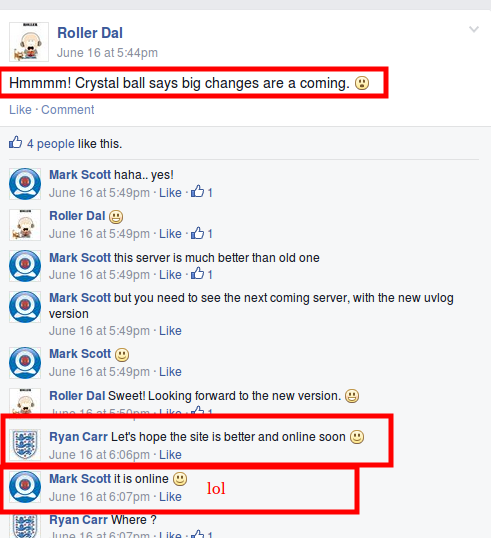 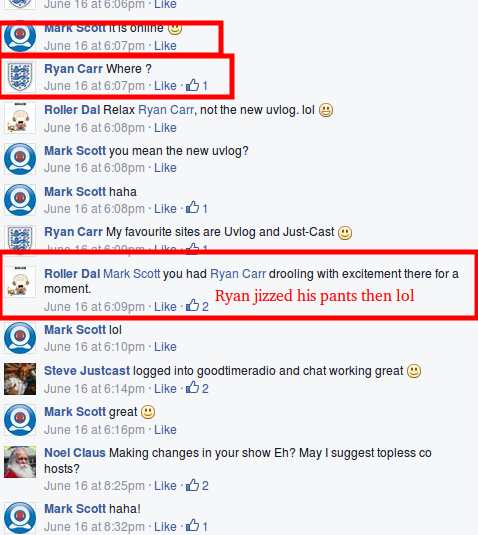 Poor emptyhead, he thought he was missing out on something then, and got all excited lol. He’s one of these idiots that if he went to a market, you could sell him a box of dog shit if you told him it was valuable and not to open it till he got home.