Unbelievable i know, but true. I think the blog’s hurting their reputation so much they are desperate for it to close. We all know Dicky is the most butt hurt out of them all, probably because apart from his fellow loons and the cougar that is Itskrissyyy, nobody else want’s to associate with him. That’s why when a guest starts praising him, you know it’s the infamous Dick talking to himself, as seen here from a cast a while ago: 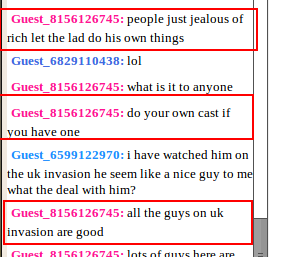 Anyway, moving on to their ill fated comeback on Vaughn the other day, here we will look and laugh at Shez (gingernutz) and Richard (Pinklemonfap) discussing Soultrain 🙂 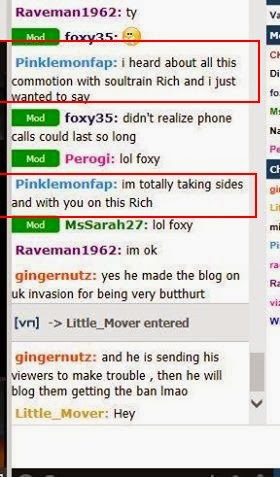 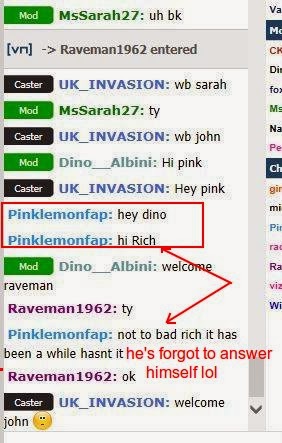 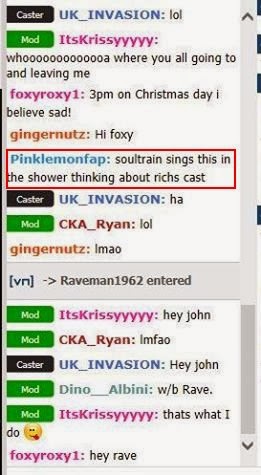 But here’s where it gets funny: 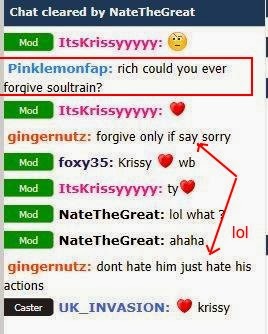 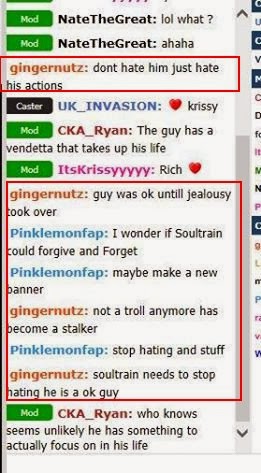 So there we have it, Soultrain just has to say sorry, change his banner and everyone has big cuddles.