While he was casting some video’s, some of them, were lagging a bit, but when someone pointed this out, Mr Perfect was having none of it, blaming it on Vaughn, trying to say that his upload speed made it impossible to be him, then finally losing his marbles again and ending up like a man with a severe case of Alzheimer’s. 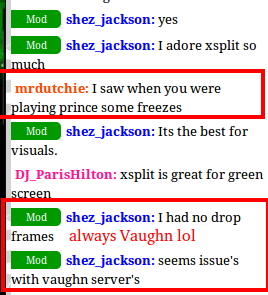 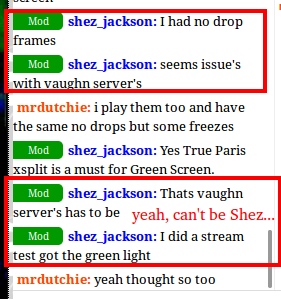 He got the green light you know 😉
Moving on and he uses his ‘studio’ expertise to give MrDutchie some settings. 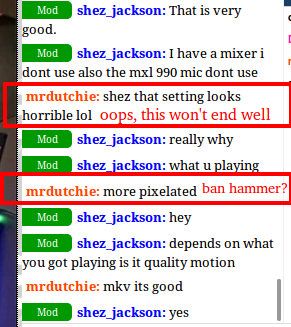 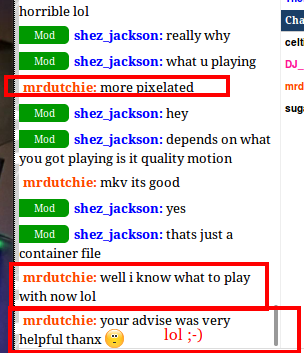 Haha, don’t think this dude was impressed. Ok, lets see if it could be because it’s a MKV file:

Nope, so now that it’s shown he hasn’t got a clue, his head falls off and it’s just mistake after mistake 🙂 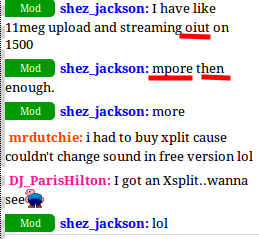 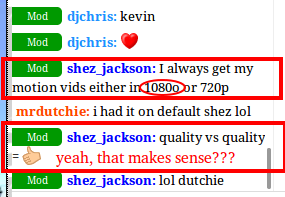 1080o? Quality v quality? Heads gone lol
So to change the subject before he clears chat (again) he praises Ben on being able to upload a visual. 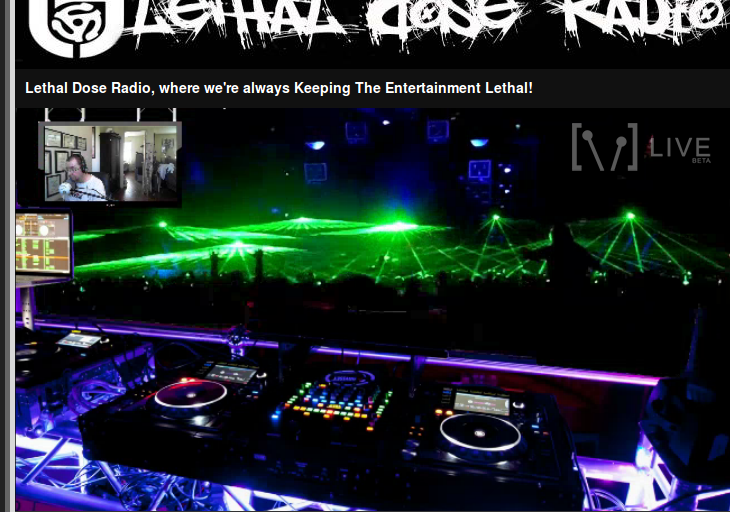 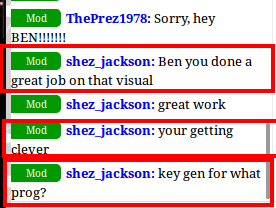 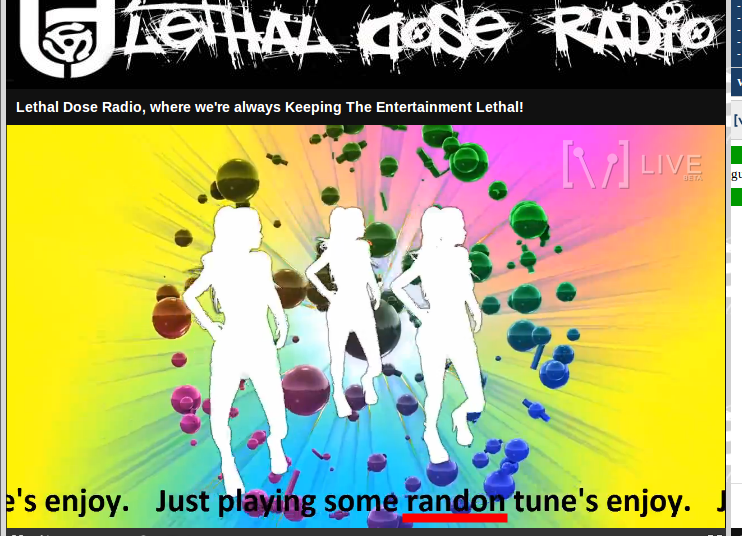 One Thought to “Shez Get’s Some Lag > Shez’ Head Goes”