CaliVal aka 94% of the usernames on VaughLive, is off with her stories of working again. This time though, instead of just saying she’s off to work, logging out, then posting as a guest again, she claims to work in insurance: 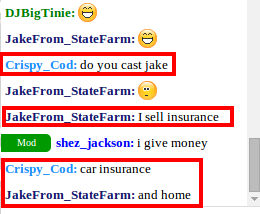 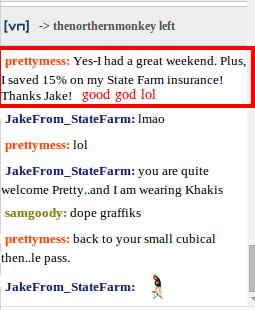 Ok, we know Val is off her head, so i assume prettymess is another of her accounts, and she’s doing a Shezz and talking to herself?

Talking of Shez, even he’s at it again now. 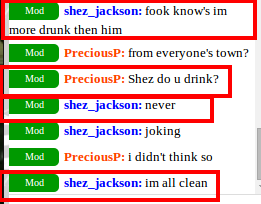 See, it’s all well and good telling porkies to people who have only just got to know you, but for those of us who have known you for years, it just doesn’t cut it lol.

So there we have it, Shez who has never drank, and Val with her insurance. Just waiting on Dicky to come out and tell us he was once a paratrooper.

2 Thoughts to “CaliVal Will Insure You”