As dead as social casting is these days, when jStevieo is around, you are always guaranteed a laugh.

Apparently, Stevie boy was visiting our lovely British Isles this weekend, and had planned a trip to Blackpool, and Leeds. 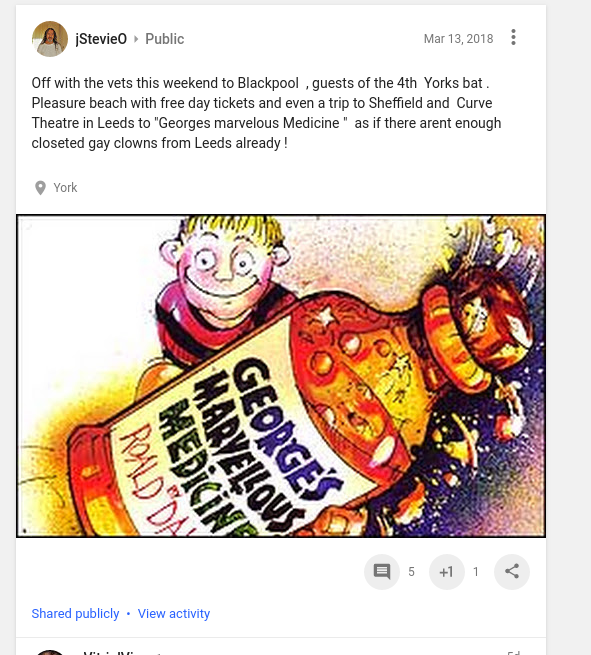 Now maybe old age is taking it’s toll on me. But isn’t weekend, like from Friday to Sunday? 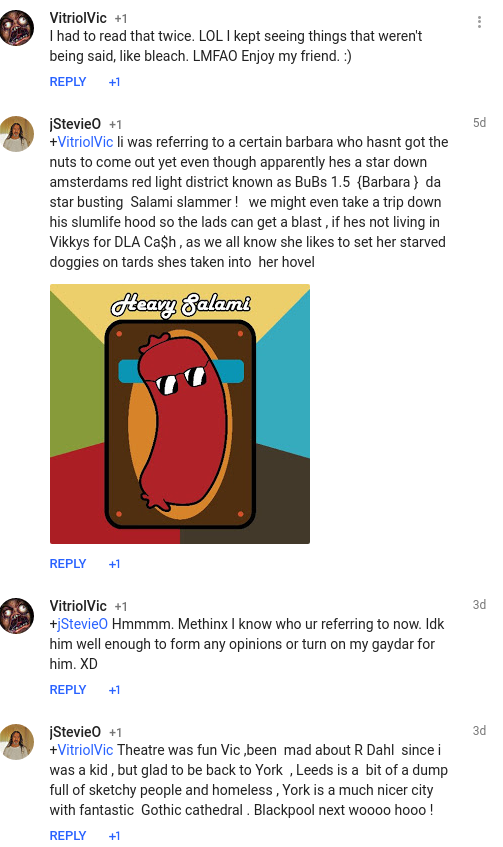 So Stevie gets to spend a weekend in Blackpool, Leeds, and York, yet be back home in the Netherlands to cast on Friday night.

What else was interesting in this video, is the way he talks about taking trolling from “virtual reality to reality”

That will be why Stevie was part of the crew that went out of their way to make sure vonhelton lost his kids?

And lets not start on his running to the Police, claiming he’s being ‘harassed’.

Should we upload the video of jStevieo broadcasting on Ivlog, planning with his cronies to Skype Chris While and harass him?

But for now, lets just laugh at this fool as he desperately tries to intimidate us with his idle, pointless Police threats.

This was what he flashed up on his screen:

Just what the hell is that lol?

Listen, just to prove what a complete buffoon this guy is, he’s trying to imply there is some sort of investigation going on with this place.

Before you start laughing at him, lets just take a quick look at this with some sanity.

jStevieo, otherwise known as Stephen Orr, is on video, on this blog, threatening IP with a vicious beating, or worse, from the IRA, unless he says sorry within 24 hours.

Now i know for a fact, that IP can have him arrested for assault, threats to kill. and intimidation. All Criminal offences.

So only a complete moron would brag about reporting a chat, on a website, where he threatened and tried to intimidate a persons life unless they they back down to his demands.

But, this is jStevieo remember.

Now if we are to believe his once close friend, Caine, Stephen is often out of his head on Crack Cocaine.

After watching that, it would be hard to disagree.

3 Thoughts to “jStevieo – My Trip To The UK”