Now Ryan’s left Vaughn (although he spends more time on there lurking than anywhere else) and moved over to Uvlog, he’s delighted with the security and anti troll measures that have been put in place:

As you’ll have seen on many other posts on here, he’s staunchly against trolling of any kind and thinks that everyone who trolls should be banned for life, so there’s no way that he would engage in any such activity is there?? 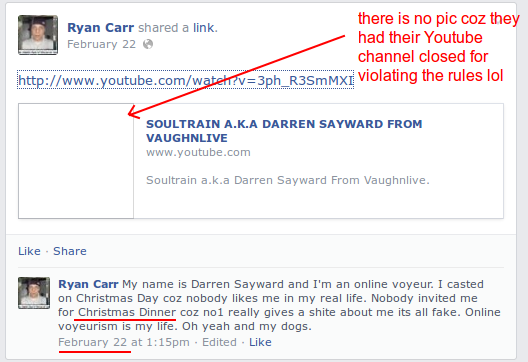 Ah but you see, when Ryan trolls and links to video’s that they upload about Soultrain (and not in a friendly way lol) it’s not trolling, it’s just free speech 😉 Fair enough, so Youtube will view these video’s and agree they are not abusive won’t they, surely? 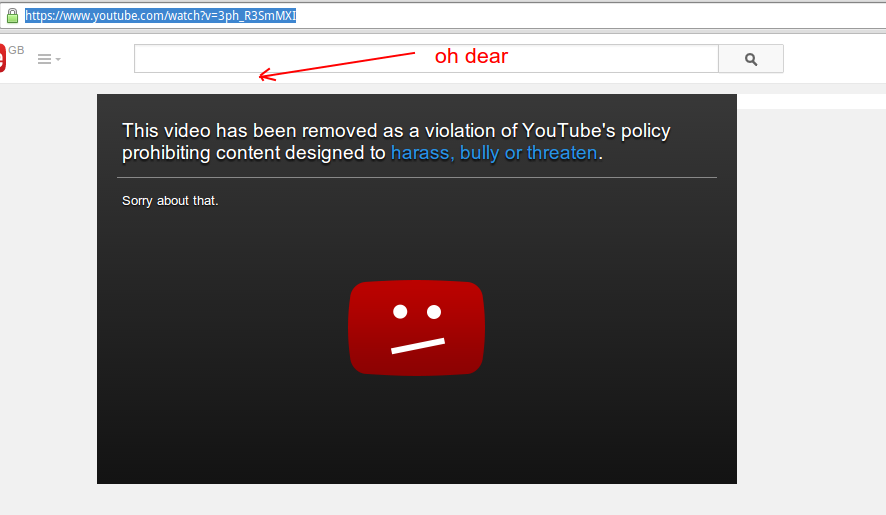 Yep, the video’s were so abusive that not only did Youtube delete them, they closed their channel lol. But remember, people who troll should be banned he said, sounds like Youtube agreed 🙂
Another thing i found bizarre, was his hate for Shawnio, when i’ve never seen a single post about Ryan on Shawnio’s blog? Infact, it was Scuttlebutts that were ripping the piss out of him, but then this is Ryan we’re talking about and we all know how easily confused he gets:

Ryan really should take a look in the mirror before he complains about trolls.