It looks like WarrBuck has been banned from VaughnLive again, either that or he was just having a really bad day. 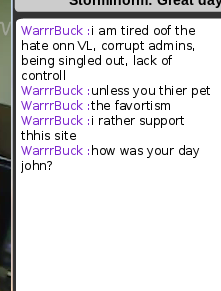 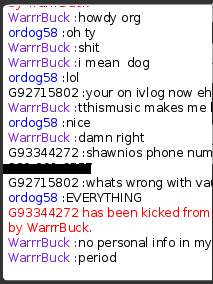 Firstly, sorry about the chopped chat, but that’s how Ivlog is, if you have the list of who’s in the channel open, it cuts off the end of your chat screen.

Secondly, even though he’s also mad with Shawnio, credit where it’s due, as soon as the guest posted his supposed phone number, he banned them straight away.

But then he makes some extraordinary claims in why he’s ‘picked on’ by the staff on VL. 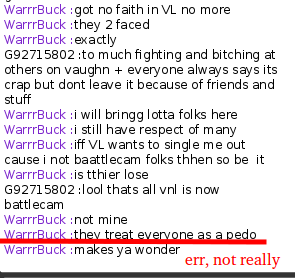 Not sure where that came from, maybe just the alcohol talking? Actually, i think it must be, because then he went on to praise the Ivlog servers. 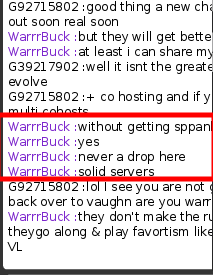 Hmm, that could have something to do with this.

I reckon i could host that many casts on my home network. But finally, as much as i think Warr is an alright bloke, i really think he’s going to struggle convincing people to leave Vaughn for Ivlog. 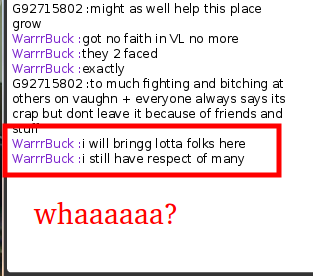 Good luck with that mate. In my opinion, you’ll be better off just letting your ban ride out and keep your head down on Vaughn.